Yes, the new console is the PS4 and this is the PS3. If you’re not a slave to having the latest number on your console, now is a great time to snap up a bargain. The new release of the PS4 means that prices on the PS3 have been cut, and this deal from Argos was the best we’ve found so far. Here’s what you get:

At this price, it’s a snap and the game play of the PS3 is superb. We give this one a Big Thumbs Up! 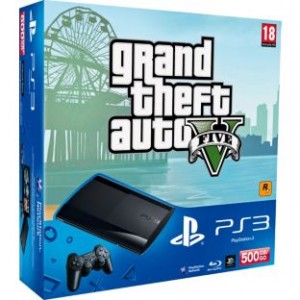